Cameron Black has been operating Gone Catchin’ Guide Service since 2004 but this wasn’t the beginning of his fishing career.  From a young age growing up the banks of the East Fork of the Lewis, he’s always been chasing fish, especially the runs of salmon and steelhead.

After high school and through college Cameron worked with the Washington Department of Fish and Wildlife as a Scientific Technician on the waters of the Columbia River and SW Washington tributaries.

Now he’s dedicated his life to guiding anglers in the Pacific Northwest and Alaska, and helping anglers along the way with Addicted Fishing.

Cameron participates as an advisor to the Washington Guide Association and is a member of the WDFW Guide Committee. He’s also a Director of the Hatchery-Wild-Coexist campaign, a campaign tasked with highlighting the importance of hatchery fish and brood stock programs with the Northwest.

Cameron operates his business alongside his wife of 17 years, Alexis, and his 2 children Paisley and Layden. You will often see Layden “deck handing” and helping clients catch fish on many of his trips.

Choose Your Style of Trip

If you’re looking for a guided trip on the ocean or larger rivers of the NW, Cameron has a 26 ft. Alumaweld Columbia that has more than enough room for 6 clients and their gear.

If it’s a smaller scenic river you’re after, he offers secluded 2-man raft trips getting you to the fishing holes that many other anglers can’t get too. 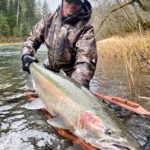 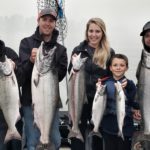 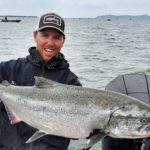 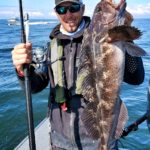 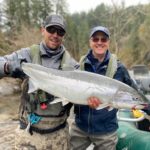 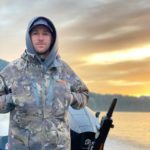 "Cameron is a good guy that knows his stuff. He was a fine instructor for the Day One Outdoors winter steelhead seminar, and I’m glad that he and Cody Herman both have that special drive to teach others their craft. And! He was very kind to this old and inexperienced fisherwoman. Thanks, Cameron! We will meet again."

"Cameron runs a top notch guide service focused on education and client enjoyment. There is nobody I would recommend for a great trip more than Cam."

"Had a great time!! We hooked over 20 fish with Cameron, I should have landed more but still had a great time, he knows where the fish are!!!"

"Cameron is the best, especially if you have kids as he has the patience of Job and really loves kids and puts up with less than highly competent parents and grandparents. He knows the waters he fishes extremely well, work hard for you and make it a great time out with friends and family."

"Cameron is one of the BEST guides in the Northwest. I have been out with several others and after using GCGS I will never use another. I mainly take customers out and all have commented on the exemplary work ethic and skill."

"I've fished with Cameron probably 6 times now and have always had a great time. He consistently puts you on the fish and it's always fun. If you're looking for a great guide that gets results, look no further."

"I have had the opportunity to fish with many top notch guides, and happen to know a few things about fishing myself. Cameron is one of the best guides around! He is comfortable showing first timers the ropes and equally comfortable fishing with the pros. Book a trip with Cameron and you won't regret it."

"Went on a raft trip with Cameron. He put my son on his first ever steelhead. It was wild fish and I was very impressed with Cameron’s attention to the safe handling and release of the fish. We had a blast all day. Cameron is very skilled not only with his fishing knowledge but safely navigating small rivers in a 3 man raft. Can’t wait to do it again. And thanks for the fishing addicts forum. Sharing your knowledge on the forum and seminars has really got me back into enjoying fishing again."

"Had a great day out on the water with Cameron today. This guy knows his stuff and puts you on the fish. Was really easy to talk to and learn from. Thank you again for the great day and getting me my first Three steelhead. Definitely doing this again!"

"One of the best guides in the Pacific Northwest hands down! Our first time out we caught over a dozen sturgeon in just a few hours of being on the water. Very professional and knowledgeable. 10/10"

Hire Cameron for
A Day You Won't Forget!

Book Your Trip
Scroll To Top